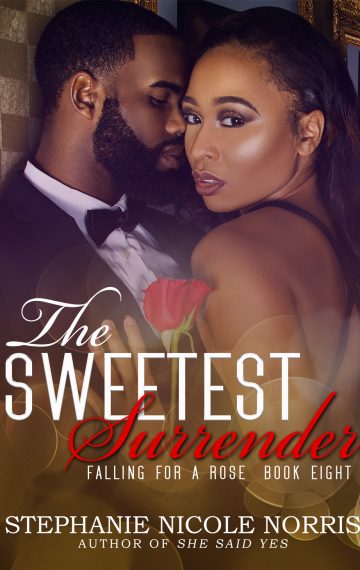 Book 8 – Falling For A Rose Series

Effervescent, Fearless, and self-assured, Selena Strauss is always the life of the party. Her buoyant personality is a pleasure to be around causing her to garner the attention of a hot commodity she’s had her eyes on for a while. Being in the proximity of her walking wet-dream, Selena finds herself immensely infatuated with the possibility of their relationship flourishing into something much more. That is until the reality of her parent’s divorce becomes the focal point of Selena’s life, and suddenly Selena’s not so sure that the happily ever after she’s chasing is real.

Jordan Alexander Rose is unapologetic about his ninety-five percent success rate. As co-owner and lead partner of Rose and Garnett LLC, every move Jordan makes is calculated, methodical, and planned for a spirited outcome. That’s why when the woman he’s dating, Selena Strauss, begins to lose hope in love; Jordan sets out to win a case that involves more than just a sealed victory, but a succumbed submission of Selena’s mind, body, and spirit. He’s never been a man to give up and teaching Selena a lesson on true love will invoke her sweetest surrender.