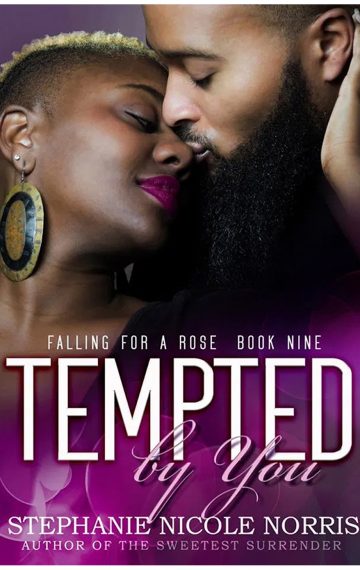 Book 9 – Falling For A Rose Series

Being a part of one of the wealthiest families in Chicago, Jasmine Alexandria Rose has been thrown into the spotlight ever since her conception. In addition to being one-third of a set of well-known triplets, Jasmine is also the famous face of a daytime soap opera and has more notoriety than one could ever want. But it’s not the glowing lights, prestigious awards, or reigning celebrity that sends her pulse into overdrive and sizzles her flesh right down to its core. The man behind this cacophony of a conundrum is none other than her brothers’ best friend, and though she can never see her life with anyone other than him, Jasmine’s hesitation continues to stall the love that she craves.

Mayoral candidate Luke Steele is a professor at the University of Chicago. Growing up on the South Side has galvanized Luke’s desire to make a difference in his city, and he’s decided if he wants to see change, he’ll have to become that driving force. However, there is another stimulus that drives the very motor that runs the beat of his heart, and she is a supposed forbidden fruit that Luke has yet to taste. Tempted by her, Luke is ready to risk it all for the possibility of love everlasting, and the only one that stands in his way is the object of his affection, Jasmine.

This weekend get 30% off in my store, sitewide, wi

Today is a great day to grab your ticket to Behind

Congratulations are in order to @reddautumn Autumn

In this collection are updated stories from some o