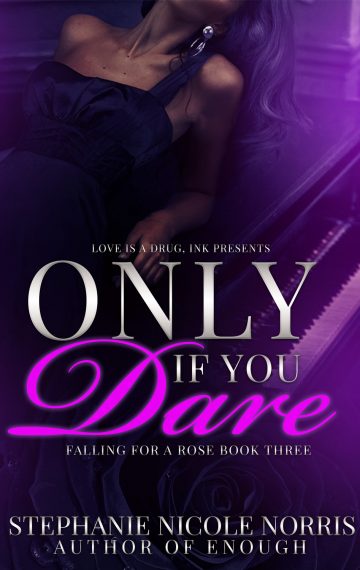 Book 3 – Falling For A Rose Series

Life at the Houston Report for Investigative Journalist Desiree Stevens is no longer a fulfilling one. She’s contemplating moving back to Chicago where her family resides, but Desiree can’t deny that returning to her hometown for the sake of employment is her only reason. Just a few weeks prior, Desiree had the pleasure of meeting philanthropist Julian Alexander Rose, awkwardly enough, at the hospital. And since the strange encounter, getting Julian off her mind has been Desiree’s biggest failure.

International male model, Julian Alexander Rose is in the highlight of his career. As the owner of A Few Good Men Male Modeling Agency, Julian has his hands full with day-to-day business activities. He’s only in Chicago for a short while upon meeting Desiree Steven’s, and the unbridled hunger that overtakes Julian is soul-stirring at least. From the moment their worlds collide, Julian’s certain there’s more to their supernatural connection. Being a man unwilling to let Desiree get away, Julian formulates the perfect plan that lands them alone together, and his next move may just bring him to his knees.

A Christmas Affair is now available on Amazon. ✨

It’s my birthday, and I’m grateful. This was m