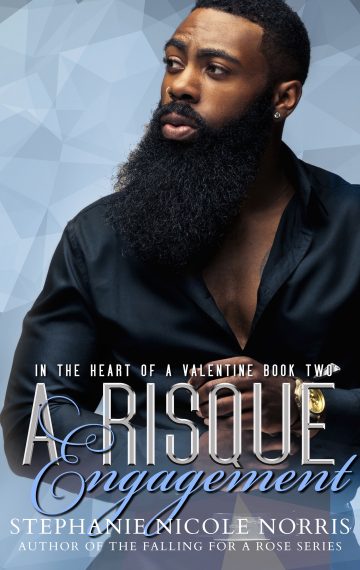 Book 2 – In The Heart of A Valentine

On the surface, Corinne Thomas has the world at her fingertips. As a stewardess for one of the largest airlines, Corinne travels the globe, gaining a glimpse of what most people only fantasize about. Adventurous by nature, her daring persona allows her the freedom to take risks and live her life, at times, in complete anonymity. But there is something that lingers deep down that, if brought to light, could stir the masquerade Corinne’s built for herself. For the past few weeks, exchanges with a certain someone wreaks havoc on her ability to maintain a solid pretense. Happily ever afters aren’t for Corinne, but when her soul is roused by the magnificence of his authority, Corinne considers opening herself to a new set of dangers. Love.

As one of the world’s most powerful sports agents, Xavier Valentine lives his life in the high skies as he flies from one destination to another. Negotiating million-dollar contracts, product endorsements, and meeting league representatives keeps his schedule air-tight. Not only is every hour in his day accounted for, but it’s impossible to get in a room with him without an appointment. That’s why when Xavier finds himself locked in close quarters with Corinne Thomas, he questions the very thing that he’s prided himself on conquering: his mind. Since meeting Corinne on a blind date weeks before, Xavier manages to find time for her at every turn. And the moment he decides to let Corinne in, with her comes a powerful elixir of love.

*This book can be read as a standalone*

Have you met Genesis Rising? Get to know them in H

For your reading pleasure. ✨ The Clarks of North

For your reading pleasure. ✨ His Main Attraction